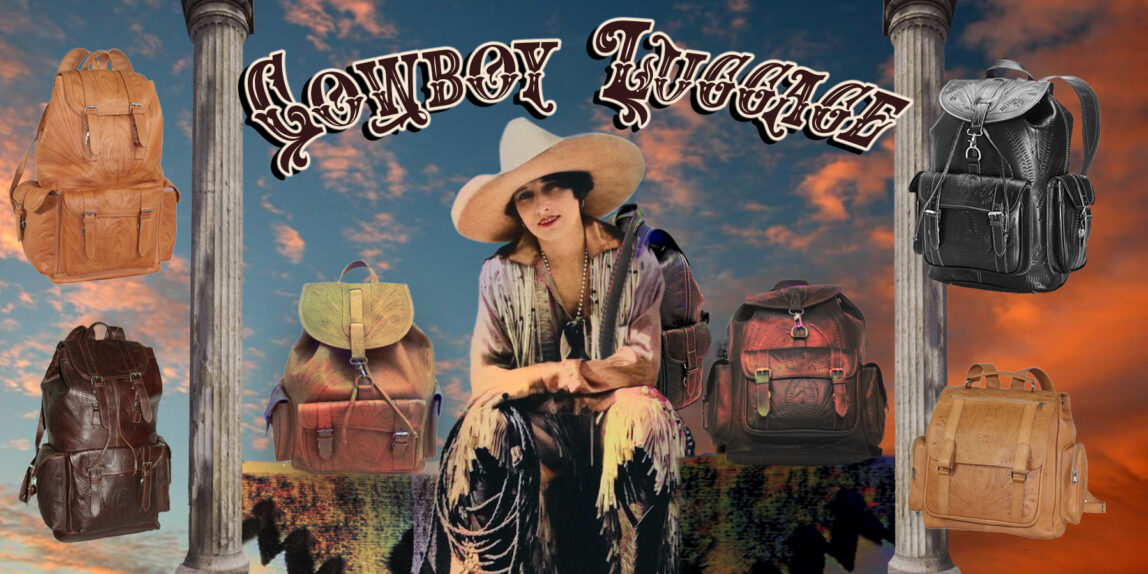 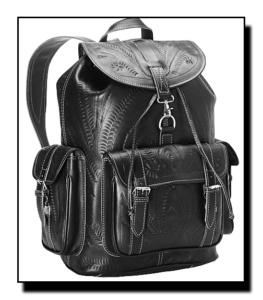 Hand-tooled and handcrafted, the Cowboy Luggage Western backpack is stylish, durable and highly functional and is great for yourself, or as a gift for the young cowboy or cowgirl in your life. An absolutely stunning handmade answer for carrying study materials, gym clothes, hiking gear, and is also great as a carry-on. The leather was tanned and with use, and it will develop a rich patina as it absorbs the oils from your hands to assure a classic “worn” look for this Western backpack. You can check them out HERE.

Here’s a quick history on the backpack: Back in 330 B.C, a famous personality named Otzi the Iceman, travelled through Italy and was killed en route. His belongings, remains and travelling gear were found preserved in the glaciers. After decades and centuries, his remains were found by some German hikers in Otzal Alps, in September 1991. By the discovery of his belongings, researchers found out that people have been carrying backpacks since 330 B.C. 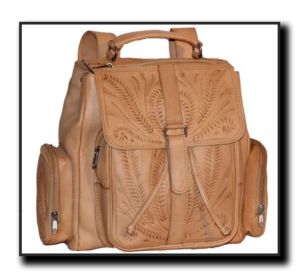 1870 was the time when the idea of carrying bags on your back was invented, or you can call it the invention of backpacks. “Bundles” were created during the civil war era. These were created with canvas tied around a stick and it was carried on the shoulders. This was supposed to be a burden to carry for the soldiers, however, they did not have much of a choice.

Later on, Henry Miriam put forward the idea of knapsacks. In order to make it durable and feasible for the soldiers of the US military, he used the metal sheets to reduce the weight of the bag so that it could be easy for them to use it when going for missions. 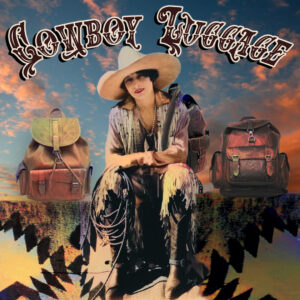 Backpacks have been modified by people in every era and therefore every person has made contributions to make changes in it. But there have been great contributions which deserve the credits like Gerry Cunningham invented the zippered backpack in 1938. Greg Lowe is known for creating packs with internal frames which date back to 330 B.C. Information of hand-tooled backpacks is scarce, but we will pass it on once we hear of it.