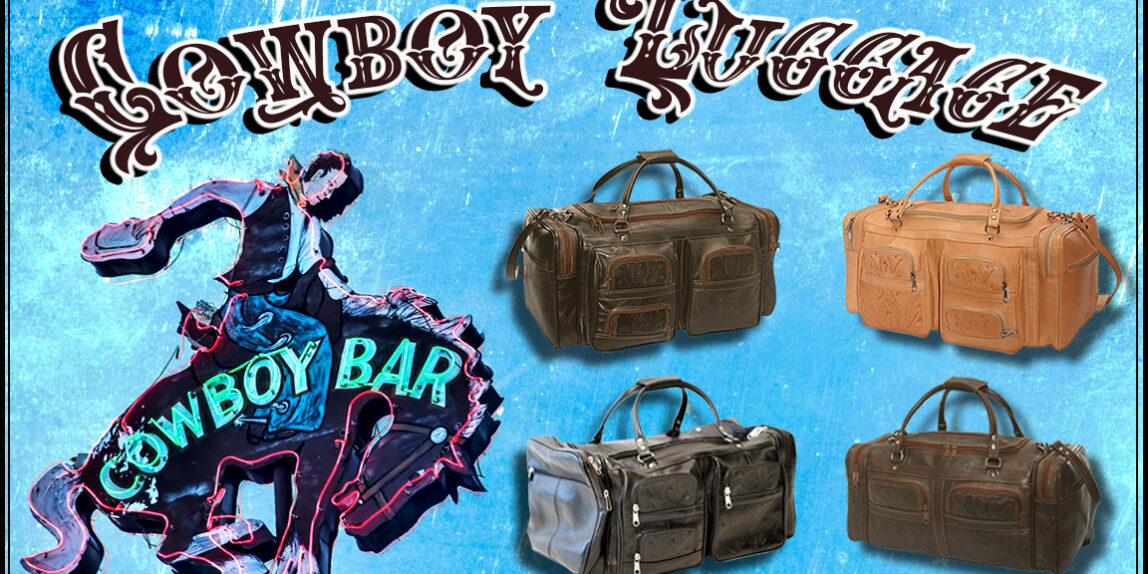 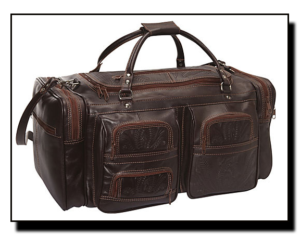 While the Cowboy Luggage Western Duffle Bags are ideal for the wild life of a rodeo competitor, they are also great as a carry-on, gym bag or for a wild getaway of your own. Rodeo participants are known for their rough treatment of their gear, and our luggage will stand up with the greatest of them! Even though rodeo has evolved over the years, hand-tooled, leather luggage has never, and will never, go out of style. Here’s a brief history of rodeo:

The modern gold-and-rhinestone, big-money televised sport of rodeo owes just about everything—its traditions, its attitudes, its fashions—to rough-and-tumble Mexican cowboys of the early 1800s. These ranch hands, known as vaqueros, perfected the roping and riding skills we see in today’s competitions. They also innovated rodeo fashion: leather boots, chaps, big hats and the rest. And it was in Mexico that the sport got its name, derived from the Spanish verb rodear: to encircle or round up. 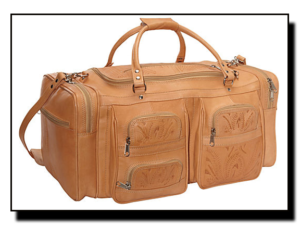 These vaqueros were itinerant freelancers, owning only what they could carry on horseback and working on large ranches in the regions now known as Durango, Coahuila and Chihuahua—and well into what is now the United States. Among them you would largely find mestizo people (of mixed Native American and Spanish ancestry), Black people, Indigenous people and criollos (Spaniards born in North America). What they shared was the lifestyle and the sporting desire to determine who was best.

The more organized competition that would become American rodeo gained popularity at events such as Buffalo Bill’s Wild West Show, which began in 1883 as a massive spectacle with hundreds of performers; in 1893, Buffalo Bill’s shows drew three million attendees outside Chicago during the World’s Columbian Exposition. Despite the racism and misogyny of the era, competitions still reflected their multicultural roots with mestizo and Black competitors, while women continued to make their mark: Annie Oakley, the famed sharpshooter, was a regular with Buffalo Bill’s traveling extravaganza. And after a group of performers walked out of a 1936 show at Boston Garden to protest insufficient pay, players organized the first cowboy union, the Cowboys’ Turtle Association (so named because, though organizing was a slow process, the association finally “stuck their neck out”), to guarantee fair compensation. In 1945, the group renamed itself the Rodeo Cowboys Association, bringing the sport’s true name into common usage. Grab one of the Cowboy Luggage Western Duffle Bags for an adventure of your own.